Alumnus Henderson Forsythe ’39 (1917-2006) was a decorated actor on the stage and screen, having starred in numerous plays and musicals, television shows, and films. Forsythe was born in 1917 in Macon, Mo., and was first ‘bitten by the acting bug’ in grade school, where he won the lead role in one-act plays and performed in traveling productions.

When Henderson began his studies at Culver-Stockton College in 1935, he hoped to pursue a career in law to follow in the footsteps of his uncle, a prominent attorney. He continued to audition for plays and musicals, and it was on the Culver-Stockton College campus that he decided to pursue a career as an actor. On-campus, he was an active member of Mu Theta Nu fraternity, which later became Tau Kappa Epsilon, and was also active with Theta Alpha Phi National Theatre Honors Fraternity. Forsythe starred in seven productions on “the Hill” and was President of the C-SC Dramatic Club.

After three years at Culver-Stockton College, Forsythe transferred to the University of Iowa, where he completed his BA in theater and was the first student to earn an MFA in performance from the university. Forsythe married his wife Dorothea in 1942 and, together, the couple had two sons. He served in the Army during World War II and returned from Europe to begin his acting career with the Erie Playhouse in Pennsylvania, sparking the beginning of a fruitful career in the theater.

Forsythe won the 1979 Tony Award for Best Featured Actor in a Musical for his work in The Best Little Whorehouse in Texas. He starred as Col. Harland Sanders in commercials for KFC restaurants and was a longtime cast member on the soap opera, “As the World Turns,” where he played the role of Dr. David Stewart. For his contributions to the theater, Forsythe was honored with a star on the Hollywood Walk of Fame, which is at 6338 Hollywood Boulevard.

In 1964, Henderson was honored at Culver-Stockton College Alumni Day, where he received an Honors Medallion from Dr. Fred Helsabeck. He remained connected to the institution until the end of his life, often corresponding with leadership and recounting his fond memories of his time on “the Hill.” 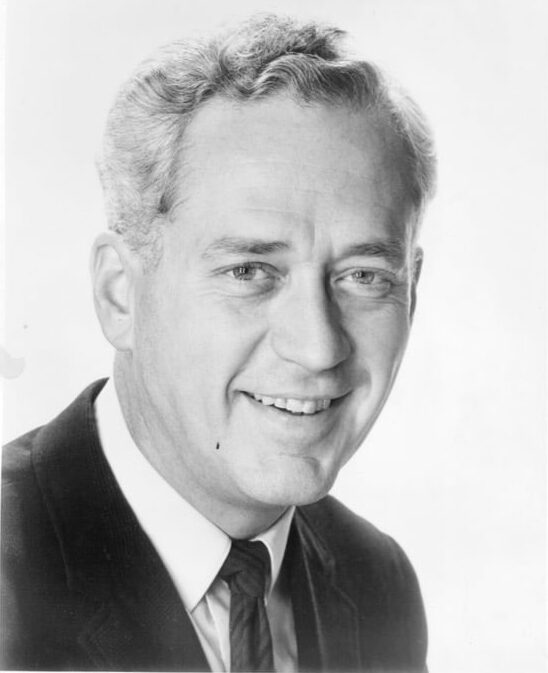