In 2001, Climer felt the strongest call of all after witnessing the events that transpired on September 11th. “Seeing the flags being raised over the disaster and our President making his memorable speech from ground zero, I felt conviction. (After) never giving the military a thought, I felt called to serve,” Climer shared. Soon after, she joined the Air National Guard of Missouri, a reserve component of the Air Force. After completing basic training and technical school, she became an Emergency Management Specialist in Nuclear, Biological, and Chemical Sciences, choosing to focus her efforts on natural disasters.

Climer was recognized in training and throughout her career for her efforts to engage with and assist her at-risk colleagues who were struggling to keep focus during difficult and oftentimes demanding exercises. Building on skills she cultivated during her time on “the Hill,” Climer found success in the classroom, which led to the adoption of her individual study materials into the Air Force Air Education Training Command (AETC) curriculum.

Over the course of her career, Climer was called to support a unit in Germany, supported search and recovery efforts and mitigated property loss from looting after Hurricane Katrina ravaged the gulf, spent time at the Mexico border to monitor cartel activity, and deployed to the Middle East as part of Operation Iraqi freedom and Operation Enduring Freedom. “Any time I was needed, I went,” Climer shared. She was awarded Non-Commissioned Officer of the Quarter by her squadron for her efforts in the Middle East and was recognized for three murals she painted in Kuwait to mark the seventh anniversary of the events that inspired her to serve.

Her career spanned from 2003-2010, but the lessons Climer learned during her many trips abroad and the impact she had on her classmates in training will last a lifetime.  Now, more than ten years after her honorable discharge and full-time return to the classroom, Climer hopes that other Wildcats will feel inspired to make a difference in their communities and around the world. 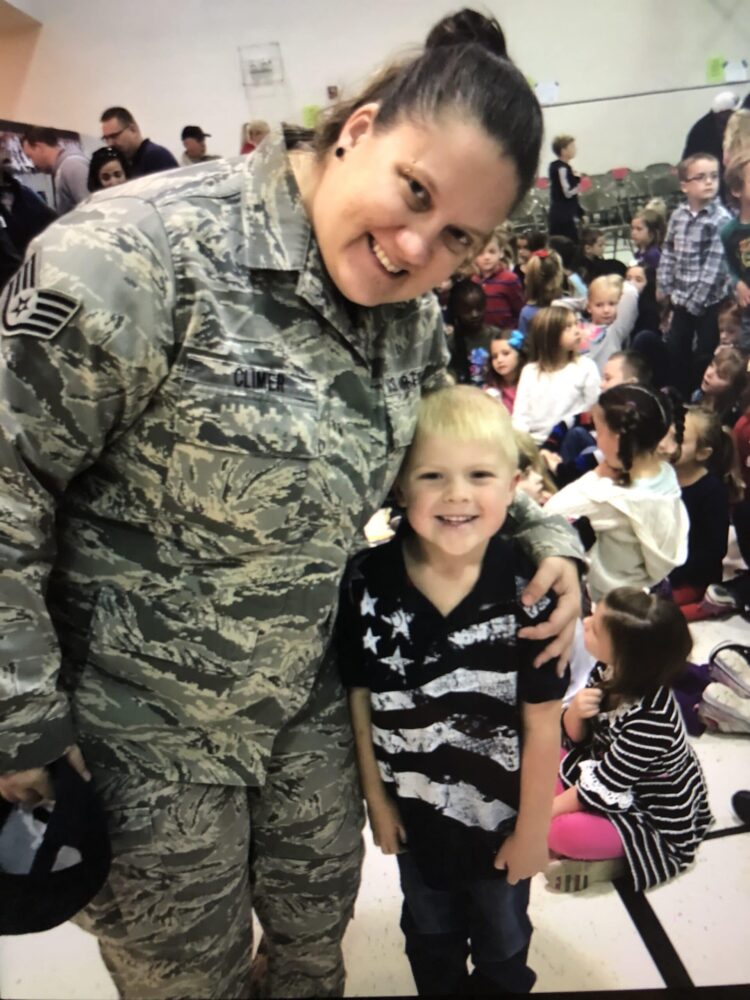