Mr. Jesse Uhlmeyer earned his bachelor’s degree in education from Culver-Stockton College in 2003. Mr. Uhlmeyer started his educational career as a science teacher in the Clark County R-1 School District (2003-2004, 2006-2008) and then the North Callaway R-1 School District (2004-2006). He served as an assistant boys basketball coach in both districts. In 2004, Uhlmeyer was honored as an Outstanding Beginning Teacher by the Missouri Association of College Teacher Educators. He received his master’s of education in educational leadership in 2008 and began his administrative career as the assistant principal and athletic director at Canton R-V School District. In 2011, Mr. Uhlmeyer was named the principal of Canton High School. During that time, Mr. Uhlmeyer provided leadership and guidance during the implementation of the new master schedule that incorporated Response to Intervention (RtI). In 2018, Uhlmeyer received the Missouri Association of Secondary School Principals / Walsworth Publishing Consummate Professional Award for his service and leadership.

In 2018, Uhlmeyer was named superintendent of Canton R-V School District and helped ensure the successful passage of a $2.5 million capital improvement bond issue in April of 2019. This bond issue allowed the school district to complete various renovations and purchase technology for a 1:1 initiative. In 2021, Uhlmeyer was honored as an Emerging Superintendent by the Missouri Association of School Administrators. More recently, Mr. Uhlmeyer was instrumental in obtaining voter approval for a $3.4 million capital improvement project for the addition of an Early Learning Center at Canton R-V. Throughout his career in education, Uhlmeyer has been focused on preparing students for success in their post-secondary education or career path.

Uhlmeyer resides in Canton, MO with his wife, Dr. Lindsay Uhlmeyer, and four children, Avery, Chayse, Grady, and Breckan. He devotes a considerable amount of his free time to coaching youth sports and serving on local boards, including the Lewis County Juvenile Justice Board, the Canton Main Street Association, and Canton Kiwanis. 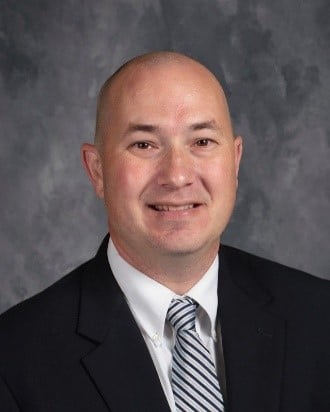