World-renowned Opera star Michèle Crider graduated from Culver-Stockton College in 1984 with a Bachelor of Music in Applied Vocal Pedagogy and Music Performance. After earning a Master’s in Voice from the University of Iowa, and later an Honorary Doctorate from the University of Iowa, she has gone on to become “one of today’s preeminent dramatic sopranos of her generation. She has made her mark on both the operatic and concert stages of the world in a remarkably wide repertoire.

Miss Crider studied voice at the University of Iowa. She won the District Metropolitan Opera Auditions twice. After which she continued her studies in the studio of the Zurich Opera House.  Miss Crider was a finalist in the Luciano Pavarotti competition and was First Prize-winner at the Geneva International Music Competition. This prize directly led to her engagement as Leonora in Il trovatore in Dortmund and to her participation in the International Grand Prix, which she then won.

Miss Crider made her American debut with a new production of Aida in San Diego in 1996. Debuts at the San Francisco Opera as Aida and the Metropolitan Opera in New York as Madama Butterfly followed.

Highlights of most recent seasons have included Tosca for the Deutsche Oper Berlin and Vienna State Opera, Verdi’s Messa da requiem with the Toronto Symphony and Istanbul Philharmonic, Britten’s War Requiem with the Hamburg Symphony, Verdi’s Messa da requiem in Malta, a gala performance of Tosca with Neil Shicoff & Juan Pons at the Liceu in Barcelona, Mahler’s Symphony No. 8 at the Mineria Festival in Mexico City, Elvira in Ernani for the Israeli Opera, and concerts in the Cuvilliés Theater in Munich, and throughout Austria with the Vienna Volksoper Orchestra.” Source: http://www.michele-crider.com/index.php/en/biography 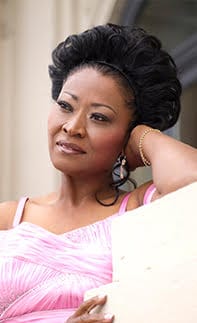