Robert Howe (Class of 1952) obtained his Bachelors in Education from Culver-Stockton College. He went on to complete his Masters Degree in School Administration from Northeast Missouri State University in Kirksville, MO and his Doctorate of Education from the University of Missouri-Columbia. During his time at Culver-Stockton, Dr. Howe was involved as the President of Mu Theta Nu Fraternity as well as the President of the Student Senate. Dr. Howe then went on to serve our country in the U.S. Army from 1952-1954, serving 13 months in Korea.

After his time in the Army, Dr. Howe held several different roles in the workforce, starting as a Math and PE educator. He later became a principal at Monroe City (MO) High School and then North Kansas City (MO) High School. He went on to serve as an Executive Director for the Missouri Association of Secondary School Principals (MASSP), starting in 1987.

Howe served as the President of the National Association of Secondary Principals (NASSP) and was invited to the White House three times by President Ronald Reagan. He introduced President Reagan at the NASSP National Convention in 1984. Dr. Howe is the recipient of several awards for excellence in education, including the Missouri Department of Elementary and Secondary Education Pioneer in Education award, the NASSP Distinguished Service in Education award, and the MASSP Service to Secondary Education Award, which has been named the Robert C. Howe award. In addition, Dr. Howe founded MASSP Missouri Scholars 100, a Celebration of Learning. The program recognizes 100 of the top seniors in the state for their academic contributions. This program has become known as the premier high school graduate recognition program in the nation.

Howe states, “Teaching is a challenging profession. There are endless frustrations, but the rewards are monumental.  It is most satisfying when your students become your lifelong friends.” 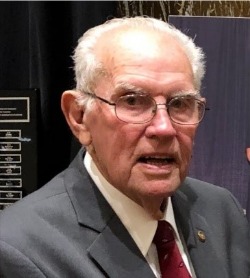