Tyler Tomlinson joined the Culver-Stockton faculty in August 2006 as an adjunct professor, and he became a full-time lecturer in 2010. He teaches courses in communication on topics such as fundamentals of speech, media writing, public speaking, intro to radio and television, communication law and the history of communication. He also is the media coordinator for the athletic department.

He also has been the women's soccer coach at C-SC since the 2011 season. His teams have compiled a record of 66-54-12. Tomlinson led the Wildcats to the postseason for the first time in school history in 2014, advancing to the championship game of the Heart of America Athletic Conference Tournament.

Tomlinson was the recipient of the 2019 Blue Apple for excellence in teaching, presented by the Culver-Stockton Teacher Organization and voted on by C-SC students.

Tomlinson previously worked for WGEM-TV as a sports anchor and for WGEM radio as the co-host of WGEM Sportscenter, a daily morning local sports talk show. He also was a graduate assistant at Central Missouri State University in Warrensburg, Mo., and was the assistant news director and a sports commentator for Bick Broadcasting in Sedalia, Mo.

Tomlinson lives in Quincy, Ill., with his wife, Jessica. They have one child. 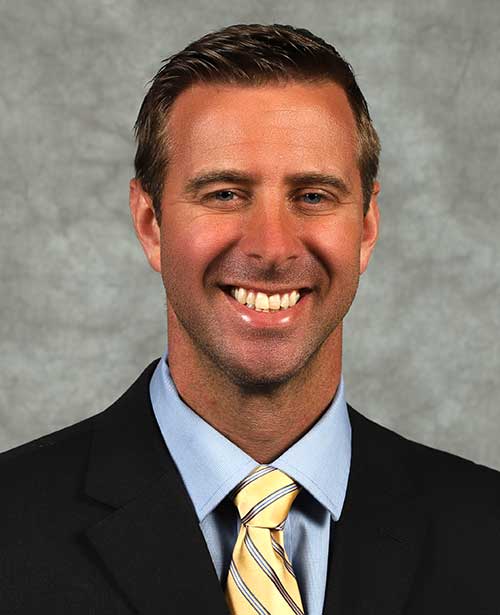