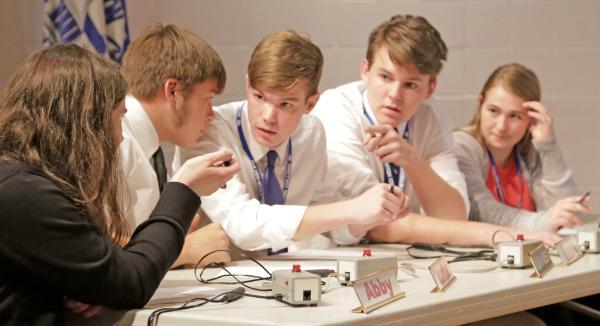 ABOVE: From left, Abby Johnson, Hunter Boston, Mason Burling, Logan Little and Laura Carpenter from the Illini West team discuss the answer to a question during the Culver-Stockton College Scholastic Bowl Invitational in Merillat Chapel and Recital Hall on Thursday.