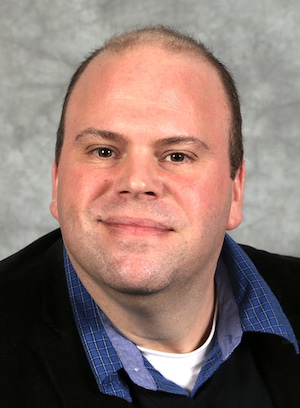 CANTON, Mo. — Dr. Scott Giltner, professor of history at Culver-Stockton College, recently participated in an episode of David LaMere’s “The Wild Huntsman” podcast to discuss Giltner’s book, “Hunting and Fishing in the New South: Black Labor and White Leisure After the Civil War.”

Giltner is joined on the podcast by Johnathan Wilkins, head of Black Duck Revival, a lodge/educational center in Brinkley, Ark., that is working toward preserving traditions of duck hunting and celebrating the outdoor sporting traditions of people of color in particular.

Giltner’s book, published in 2008, re-examines the dynamics of race relations in the post–Civil War South from the perspective of field sports. In the late 19th and early 20th centuries, wealthy white men from Southern cities and the industrial North traveled to the hunting and fishing lodges of the old Confederacy, escaping from the office to socialize among like-minded peers. These sportsmen depended on local black guides who knew the land and fishing holes and could ensure a successful outing. For whites, the ability to hunt and fish freely and employ black laborers became a conspicuous display of their wealth and social standing.

Hunting and fishing had been a way of life for all Southerners ― blacks included ― since colonial times. After the war, African Americans used their mastery of these sports to enter into market activities normally denied to people of color, thereby becoming more economically independent from their white employers. Whites came to view black participation in hunting and fishing as a serious threat to the South’s labor system. Giltner used slave narratives, sportsmen’s recollections, records of fish and game clubs, and sporting periodicals to offer perspective on the African American struggle for independence from the end of the Civil War to the 1920s.

“The Wild Huntsman” can be found anywhere podcasts can be found (Apple, Spotify, etc.), or you can find them at https://www.thewildhuntsman.com/episodes.