Pourciaux hired as director of major gifts and estate giving

Courtney Pourciaux has been appointed as the director of major gifts and estate giving for Culver-Stockton College’s Office of Advancement and Alumni Programs. Pourciaux is a native of Charleston, S.C. 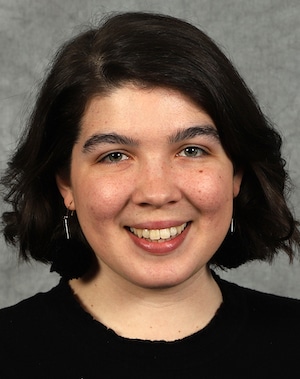 CANTON, Mo. — Courtney Pourciaux has been appointed as the director of major gifts and estate giving for Culver-Stockton College’s Office of Advancement and Alumni Programs.

Pourciaux, a native of Charleston, S.C., will be responsible for the development and implementation of strategies to secure major gifts to meet short-term and long-term goals of the College.

She recently served in the College of Charleston Foundation’s Office of Planned Giving, where she created and implemented a planned giving campaign for young alumni, helped set a high-water mark for raising capital and securing estate intentions from loyal donors, and served on the college’s School of the Arts Council and LGBTQIA+ Diversity Board.

Pourciaux has an extensive background in arts and cultural management. She has worked for the Piccolo Spoleto Festival, a two-week festival showcasing young artists and performers from South Carolina; the International Piano Series, a series of concerts for pianists from the United States and around the world; and the College of Charleston School of the Arts.

Pourciaux earned a bachelor’s degree in music performance in 2017 from the College of Charleston. She has received awards at numerous regional and national opera competitions, presented at national opera and choral conventions, and been published as a reviewer of arts and cultural events.