Walsh’s paper, titled “William Jennings Bryan, Evangelicals and the Democratic Party,” uses the career of Bryan to explain the transformation of evangelical Protestantism from the early 19th century through the populist campaign of Donald Trump. 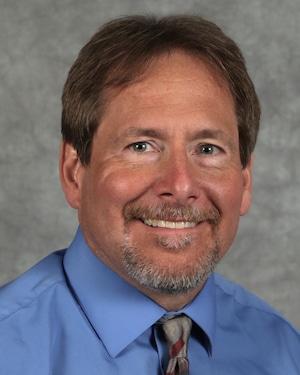 CANTON, Mo. — Dr. Andy Walsh, professor of religion and philosophy at Culver-Stockton College, recently had a paper accepted to be presented at the American Academy of Religion’s annual meeting in Boston.

Walsh’s paper, titled “William Jennings Bryan, Evangelicals and the Democratic Party,” uses the career of Bryan, a three-time Democratic candidate for president and famous advocate of fundamentalist Christianity, to explain the transformation of evangelical Protestantism from the early 19th century through the populist campaign of Donald Trump.

Founded in 1909 and adopting its current name in 1964, the American Academy of Religion is a learned society and professional association of teachers and research scholars with more than 8,000 members who teach in approximately 900 colleges, universities, seminaries and schools in North America and abroad. Its annual meeting, scheduled this year for Nov. 21-24, is the world’s largest gathering for religious studies scholars.

Walsh joined the Culver-Stockton faculty in 2001, and he serves as the chair of the department of religion. He previously taught at Indiana University in Indianapolis.

Walsh has received several awards for his teaching. He was the recipient of the Helsabeck Prize for Excellence in Teaching at C-SC in 2019. He also won the Governor’s Award for Excellence in Teaching from the Missouri Department of Higher Education in 2014 and the T.A. Abbott Award for Faculty Excellence from the Higher Education and Leadership Ministries of the Christian Church (Disciples of Christ) in 2014. He is a member of the American Academy of Religion, the American Political Science Association and the Society of Christian Ethics.

Bryan has a connection with Culver-Stockton. He came to campus on August 27, 1904 as part of the dedication of Henderson Hall, which replaced Old Main, the original campus building that was destroyed by fire on March 23, 1903. Audience members were charged a 25-cent admission, which Bryan allowed to be donated to the rebuilding efforts.