Dr. Alissa Burger, an associate professor of English at Culver-Stockton College, recently had an article published in the journal “Teaching American Literature: A Journal of Theory and Practice.” 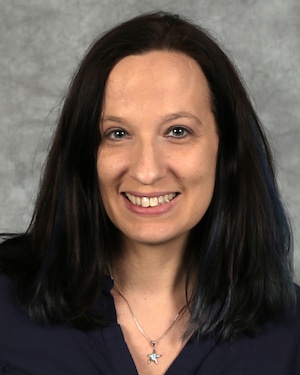 CANTON, Mo. — Dr. Alissa Burger, an associate professor of English at Culver-Stockton College, recently had an article published in the journal “Teaching American Literature: A Journal of Theory and Practice.”

Burger’s article, titled “Visualizing Poe: Graphic Novels, Extraordinary Tales and The Simpsons,” notes that studying the work of Edgar Allan Poe is a literary staple, from high school English to the university Gothic classroom, with his themes of melancholy and madness continuing to move contemporary readers. However, the 21st century offers a variety of new, visually dynamic approaches in engaging students with Poe’s tales and poems.

The first of these approaches is the multiple graphic novel adaptations of Poe’s work, including Benjamin Harper and Dennis Calero’s take on “The Tell-Tale Heart,” Duncan Long’s version of “The Raven” and a collection of stories and poems adapted by Garth Hinds. Another opportunity for incorporating striking visual and audio representation in discussion of Poe is Raul Garcia’s animated anthology film, “Extraordinary Tales” (2013). Finally, multiple references to Poe are made in the animated television show “The Simpsons,” which has been on the Fox network for 32 seasons.

Burger’s article is included in a special issue on teaching horror in the American literature classroom.

“Teaching American Literature: A Journal of Theory and Practice” is a peer-reviewed journal published quarterly by Central Piedmont Community College in Charlotte, N.C. It is aimed toward instructors of American literature courses in universities and colleges. Four to six articles are published in each online issue.

Burger joined the faculty at Culver-Stockton in September 2016. She develops and teaches general education and English major courses. She is the chair of the English department, the director of writing across the curriculum and the director of retention. She provides research and student management to assist in the College’s retention efforts. Burger was the recipient of the President’s Award for Exemplary Service in May 2020.