Seth McBride still becomes despondent each time he hears of a police officer who has died in the line of duty. That’s why the Fallen Officer Project that he created in 2018 continues to be so meaningful for him as it starts its fourth year. 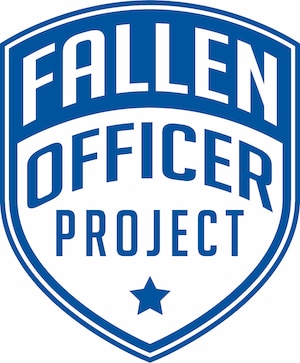 CANTON, Mo. — Seth McBride, a senior lecturer in criminal justice at Culver-Stockton College, still becomes despondent each time he hears of a police officer who has died in the line of duty.

That’s why the Fallen Officer Project that he created in 2018 continues to be so meaningful for him as it starts its fourth year.

McBride has selected 13 Culver-Stockton students to be in his “In the Line of Duty” class during the spring semester as part of the project. Students sign up for the class during the fall semester, and McBride interviews each one to make sure they know about the course’s expectations. Students all have criminal justice as either a major or a minor, and they receive three hours of credit.

Earlier this month, students picked an officer who died in the line of duty and reached out to the officer’s police department or family to ask if they could represent the officer. They researched the officer’s years of service, how the officer died and the family the officer left behind.

After students present their findings, they will participate April 11 in a 12-hour memorial walk on the track ringing Ellison Poulton Stadium on the C-SC campus. One of the fallen officers will be recognized each hour. Each student will wear a shirt with the fallen officer’s name on the back during the walk.

This year’s Fallen Officer Project also is serving as a fundraiser for the first time, helping two foundations. One is called WHOH (Whos House Our House) in the Detroit, Mich., area. It was created by Elijah Richardson ‘18, the president and community initiatives director for WHOH. The foundation’s goal is to utilize inner-city youth to bridge the gap between law enforcement and the community through traditional and nontraditional sports, along with creating a gateway to higher education and careers. Michael Johnson ’19 is the foundation’s fundraising director.

The other foundation is Supporting Heroes, a group created in 2004 that honors people in Indiana, Kentucky and Missouri who worked in the police, fire and EMS services and have died in the line of duty. Supporting Heroes offers up to $5,000 in emergency funds to cover a family’s financial needs until state or federal benefits arrive.

The Fallen Officer Project’s fundraising goal for 2021 is $5,000, and McBride says any amount raised will be split between WHOH and Supporting Heroes.

McBride has established incentive fundraising goals. He will wear combat boots and a tactical vest with hard plate inserts for the memorial walk if $500 is raised, and he will take a bite on campus from the K-9 dog with the Marion County (Mo.) Sheriff’s Department Office if $1,000 is raised. If the fundraiser reaches $5,000, McBride will allow the students participating in this year’s Fallen Officer Project to design a logo related to the project that will be tattooed on his leg.

Donations to the fundraiser can be made online, or donors can contact McBride at smcbride@culver.edu.

A Hannibal, Mo., native, McBride is a commissioned sheriff’s deputy in Lewis County and served with the Hannibal Police Department from 2003 to 2012. He is in his seventh year as a member of the Culver-Stockton faculty, teaching courses on introduction to criminal justice, criminal investigation, policing, juvenile delinquency, homeland security, interview and interrogation and victimology.

He was awarded the 2020 Blue Apple for excellence in teaching, presented by the Culver-Stockton Teacher Organization and voted on by C-SC students. The criminal justice department was named the program of the year for the Fallen Officer Project as well.