Two Culver-Stockton College history professors recently were guests as part of the “History Ago Go” podcast with host Rob Mellon, executive director of the Historical Society of Quincy and Adams County. 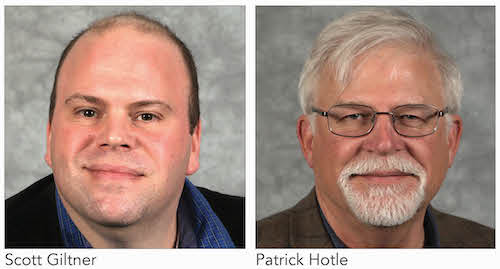 CANTON, Mo. — Two Culver-Stockton College history professors recently were guests as part of the “History Ago Go” podcast with host Rob Mellon, executive director of the Historical Society of Quincy and Adams County.

Dr. Scott Giltner was featured in the podcast titled “Black Codes, Segregation and the Ugly Legacy of White Supremacy and Jim Crow.” He discussed the immediate impact of the 13th Amendment and how Southern leaders attempted to maintain power and economic control. The discussion included the philosophy that formed the basis for white supremacy and how it was used to justify repression of the black population.

Giltner explained the origins of the term “Jim Crow” and offered examples of segregation laws and their impact on black citizens in the 1880s to the 1960s. He talked about early opposition to Jim Crow, including the Plessy v. Ferguson case that established the concept of “separate but equal,” and its political impact in the form of the “grandfather clause,” poll taxes and literacy tests.

Hotle emphasized the concept of “Nova Roma” and the difference between the Eastern and Western Roman Empires. He details the reign of Justinian, his territorial ambitions and the establishment of the Justinian Code. He tells of General Belisarius’s military conquests and his role in defeating the Nika Rebellion. The history of Empress Theodora and her importance to Justinian are the focus of the second half of the discussion. Hotle completes the conversation with a description of the Hagia Sophia, the rise of Islam in the region and the eventual fall of Constantinople in 1453.

Both hour-long podcasts can be found at https://www.buzzsprout.com/1176605.