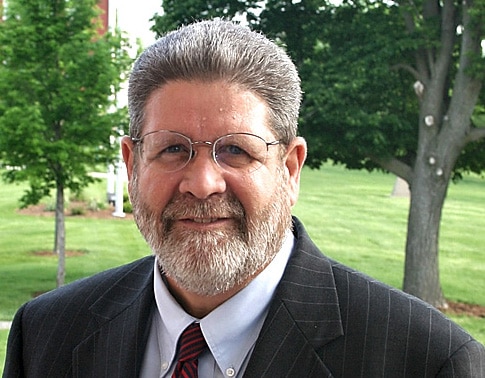 Scholz began his career in public service as an assistant attorney general, directing the Western Illinois Regional Office. He also served as the downstate political director for former U.S. Sen. Paul Simon. Scholz then won the mayoral election in Quincy in 1993 and served as mayor for 12 years. He now practices law at Scholz and Scholz LLP in Quincy with his son, Jacob.

Scholz has worked on many civic, educational, religious, and charitable causes and activities benefiting Quincy. Scholz also is an advocate for organ donation after receiving a life-saving liver transplant. He was honored earlier this year as the Boy Scouts of America’s Mississippi Valley Council’s 2019 Distinguished Citizen Award recipient, and he serves as chairman of the Illinois State Board of Elections.

Scholz holds an honorary degree from Culver-Stockton College and is a member of the Board of Trustees.

A federal law was passed in 2004 requiring that all schools that receive any kind of federal aid must hold an observance on or around September 17 each year to celebrate Constitution Day, a holiday created in 1952 to honor the signing of the U.S. Constitution on Sept. 17, 1787.