Rising to the challenge of making music during times of social distancing, the Culver-Stockton College Department of Music recently created “Songs of Flight,” a fall choral concert available on SoundCloud, a music and podcast streaming platform. 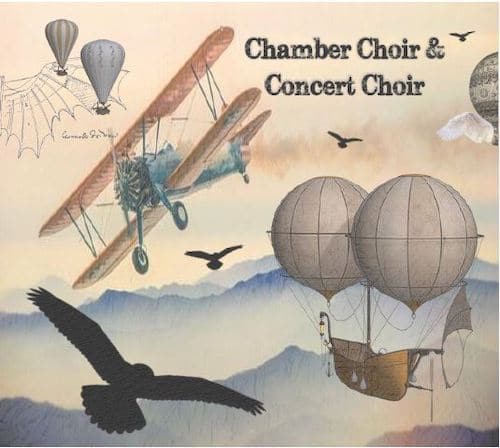 CANTON, Mo. — Rising to the challenge of making music during times of social distancing, the Culver-Stockton College Department of Music recently created “Songs of Flight,” a fall choral concert available on SoundCloud, a music and podcast streaming platform. The concert features the C-SC Chamber and Concert Choirs. The choirs are under the direction of Dr. Scott Allison, assistant professor of music, and he is accompanied by Dr. Dylan Marney, assistant professor of music.

The Chamber Choir opens the concert with “O Love,” expressing 19th century Scottish poet Rev. George Matheson’s sense that love can lift the soul above sadness, just as one traces the rainbow through the rain. The Chamber Choir sings a new melodic setting by composer Elaine Hagenberg, which reinforces the soaring quality of the timeless hymn.

The longing to escape from troubles that tinge many spirituals appears powerfully in “Let Me Fly,” which opens the Concert Choir’s portion of the concert.  This arrangement by Robert DeCormier features baritone Kar’Mel Brewer, a senior music education major from St. Louis.

Kim André Arnesen’s “Flight Song” calls for collaboration as it is set to Welsh poet Euan Tait’s lyrical call to sing one’s own heart’s melody, together even in isolation. The conductor’s arms shape like wings to gather in each singer’s longing to fly towards others’ suffering and offer new life. “The Boy Who Picked Up His Feet to Fly” concludes the Concert Choir’s portion of the program and captures the sense of the times with optimistic whimsey. Composer Joshua Shank suggests that wishing to fly away can bring exhilarating joy but adds that in a time of danger, be careful what you wish for.

Songs of Flight is available on SoundCloud at: https://soundcloud.com/user-52155771/sets/culver-stockton-college-choirs-songs-of-flight-fall-2020.